What Is Patient Safety?

Patient Safety is a fairly new discipline in the field of healthcare that aims at finding ways to prevent medical errors that can potentially lead to adverse healthcare events. In other words, Patient Safety is the science of eliminating the risk to patient's health during medical treatment.

"The background behind the emergence of this discipline: Patient Safety was first the science behind the struggle against nosocomial infection before expanding in the last decades also to the field of prevention of medical error in the act of performing care to patients."

When doctors take their Hippocratic oath, they swear to not cause any harm to anyone. Yet at the end of the 19th century, as Pasteur proved that germs were at the origin of infectious disease, the scientific community understood that doctors, rather than curing patients, could also kill them through their hands and instruments if not washed properly. The first battlefield in the discipline of Patient Safety was then the one of hygiene and the struggle against the spread of nosocomial infections. This concept is the foundation for the WHO's "Cleaner Care is Safer Care" program. A new field area of this discipline came to light to the public in the 1980s and 90s when various reports were released on medical errors occurring during patient care such as incorrect drug use, incorrect diagnosis, or even the failure to remove instruments from the inside of a patient during surgery. Increased awareness of medical care errors came in 1982, when an ABC television program titled "The Deep Sleep" reported that every year 6,000 patients in the US die or suffer from permanent brain damage due to anesthesia errors. 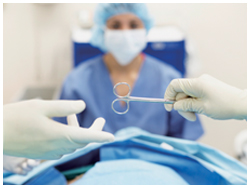 As a result, growing awareness has helped promote the development of Patient Safety through eliminating errors in medical practice by hospital staff in addition to decreasing the risk of noscominal infections by maintaining hygienic standards. These come together lay the underlying foundation of the "Safe Surgery Saves Lives" program.
The studies conducted since the 1980's have shown that on average one in ten patients admitted into the hospital suffer from preventable harm and that between 44,000 and 98,000 patients die from preventable errors in the US each year. While the general public used to have total trust in healthcare practitioners before the publication of these studies, it is indeed important to remember, "To err is human", which why doctors will, at some point, commit mistakes. This is why measures must be taken in order to help healthcare practitioners minimize those errors.